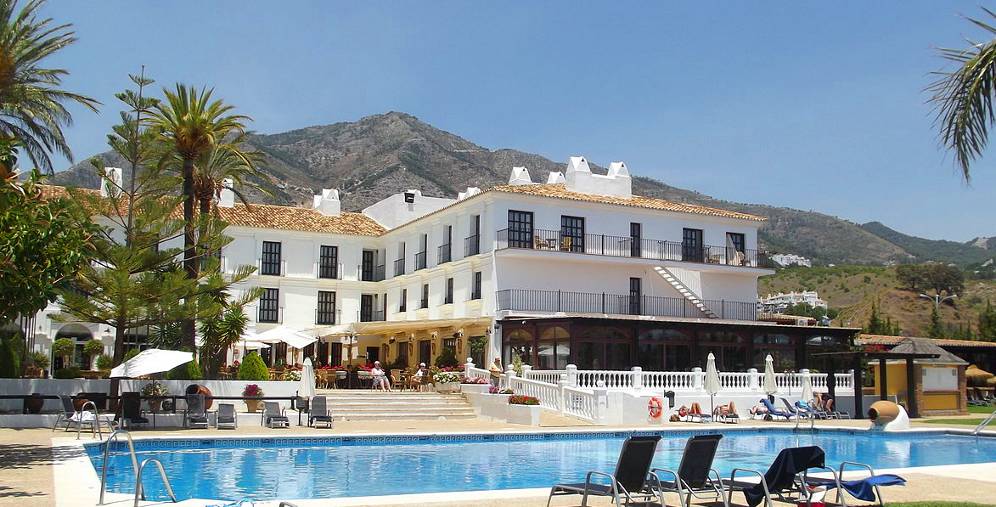 Where to stay in Spain

About-Spain.net - a whole country to be discovered....


► You are here : Spain  › Tourism  › Accommodation
Where to stay in Spain - hotels, hostales, rural retreats and more
Find hotels in Spain

Click for best online rates for hotels in the following areas :

Covid-19 info. Spain is welcoming foreign tourists again  but the virus has not gone away. It could still come back. Spanish hotels have to observe social distancing and hygiene rules, but there is no such thing as zero-risk. Many hotels and bars remain closed for lack of customers, and clubs are only allowed to open under strict new con ditions, with less capacity and no dancing floors. In 2020, there will be a summer tourist season in Spain, but it will not be like any in recent years, more like a opportunity to do some time-travelling back to the age when holidaying in Spain was an adventure for the few.


Tourism is the leading sector of the Spanish economy, so not surprisingly it is a sector that is well developed - not just to cater for the planeloads of tourists from northern Europe who flock in every day for a pre-booked package holiday on one of the Mediterranean costas.
Many hotels on the Spanish coast are owned and run by or for large international package tour companies, and exclusively reserved for their own customers. But there is a lot more to the hotel sector in Spain than these international holiday palaces that line the water's edge; and for independent travellers driving through Spain, or even hiking, this is useful information.

The Spanish like their hotels and they like them comfortable and well appointed.  Spain seems to abound in four-star and five-star hotels, and in many cases these can be booked at rates that are considerably lower than similarly starred hotels in other countries. Where else in western Europe could you get a room in a five-star hotel for less than 100 € a night? While this is not the normal going rate for such luxury in Spain, there are cities and towns in Spain  - in mid 2012 -  where it is still possible to book a room in a five star hotel for less than this price, particularly out of season.
The same goes for four-star hotels: with the exception of Barcelona, where hotel prices seem to be considerably higher than the rest of Spain, prices are generally far more affordable than in France or Germany, not to mention the UK. Indeed, right across the range, Spanish hotels usually offer good to excellent value for money compared to hotels in countries further to the north.
As a price guide, it should normally be possible to find a room for two in a three-star hotel in Spain for under 100 € a night - sometimes for less than half of that, and a room in a two-star hotel for less than 60 €, including breakfast.

Parador in a Renaissance castle
Among the finest hotels in Spain are the "Paradors". It was Franco who had the idea of transforming some of Spain's many historic monuments into luxury hotels, and it is perhaps the single achievement of this era that even his bitter enemies will happily give him credit for. There are currrently about 90 paradores nacionales in Spain, occupying a wonderful range of historic monuments, including castles, old monasteries, fine old city residences  and old rural retreats - plus a few housed in modern buildings.
Though they are classed from three to five stars, these state-run hotels all offer a fabulous and unique environment, with all the luxury of a modern hotel mostly within walls that have stood for centuries, and in some cases are inseparable from the history of Spain. Paradors are not cheap, but for what they offer they are not expensive either. Generally expect to pay upwards of 120 € a night for a double room including breakfast - though some off-season special offers come in at below this. Paradors for which there is considerable demand, for instance the Parador set within the Alhambra at Granada, are considerably more expensive .... but still normally cheaper than equivalent accommodation in London, Paris, or even  Barcelona.

Hostales, pronounced host-tal-es, are not hostels, but small hotels that do not meet all the requirements to be classed as hotels. Most have less than ten rooms. Generally speaking, they correspond to small one or two star hotels - sometimes in the backpacker hotel style, but sometimes undistinguishable from small hotels that are classed as such. In most cases, hostales are run by  live-in owners, who try to ensure a convivial and friendly atmosphere.  If it's luxury you are after, don't choose a hostal; but if  a homely atmosphere and bargain prices are among your selection criteria, then hostales could well be a good choice. A double room in a hostal is often available for under 30 € a night - depending of course on the location.

Pensiones
Designated by the letter P - rather than an H - on a blue background, a pension is a kind of guest house, often no more than a room or two for hire above a café or a restaurant; pensiones can be found in towns and even in villages. En-suite bathrooms are unusual in pensiones, which offer accommodation at bargain-basement rates - as little as 15 € a night in 2012.

Posadas
The word "Posada" does not designate an official category of guest accommodation, but a type of accommodation, best thought of as the equivalent of an old English country inn. Thus posadas tend to be located in small towns or along old routes across Spain, and when the word is used in the name of a hotel or hostal, it usually indicates that the owners see their establishment as a modern version of the inns of yesteryear. In out of the way places, and off main roads, posadas thus tend to be places with some character : but when driving in Spain, it is not uncommon to see signs for a posada beside main roads; while some use the word in the traditional sense, others abuse it much in the way that "inn" is used in the brand names of a number modern international budget hotel chains.

Spain has a number of hotel chains, the biggest of them being NH Hoteles and Meliá. With 160 hotels in Spain, NH is a chain that essentially targets the business market, with its smart contemporary hotels.
Meliá hotels, formerly Sol Meliá, is one of the world's ten largest hotel companies; they have 181 hotels in Spain (as of 2012), including a large number of modern resort hotels; for example, there are no less than seven different Meliá hotels among the hotels in Torremolinos, on the Costa des Sol. Melia also now own the Tryp chain specialising in modern upmarket hotels.
Other large players in the Spanish hotel market include Barcelo Hotels & Resorts, with mostly four-star hotels, and Sercotel, with 134 city hotels some of them modern, others housed in classic city-centre buildings. In addition, Spain is home to a number of smaller chains, such as Room Mate hotels - stylish contemporary city hotels, or the mid-range Catalonia Hoteles group. On a completely different level is the Rusticae group, a grouping of about 200 small cosy rural hotels throughout Spain - each one with its own individuality.
Do not expect to find in Spain, as you do in France, arrays of lookalike low-cost chain hotels on the outskirts of every town or city. There are some, but nothing like in the same proportion as in France. One low-cost Spanish hotel chain is Sidorme, with prices from about 35 € upwards... but they only have 7 hotels - considerably fewer than the growing number of Spanish Ibis and F1 hotels which belong to the French Accor group.
Most hotels in Spain, particularly smaller ones, are independent establishments; rooms in independent hotels, specially in the one-star to three-star bracket, are often very competitively priced; normally with bar and restaurant attached or close-by, these hotels are popular with travellers, offer a traditional Spanish experience, and perhaps help to explain why  low-cost budget hotel chains have been slow to develop in this country.

The term Casa rural, meaning country house, is used to describe a range of different types of rural accommodation in Spain, including the equivalent of French "gites" (which in Spain often offer flexible booking periods, not just weekly rentals), rural bed and breakfast accommodation, and rural hostales – in addition to rural hostels for groups and parties.

See Camping in Spain for a guide to camping on the Spanish coasts and inland in Spain.


Some useful sources of accommodation information:

Some useful sources of accommodation information: