El Greco - detail from the Burial of the Count of Orgaz, Santo Tomé church, Toledo
Spain was once the most powerful and richest nation in Europe, and is also the cradle of one of the world's great cultures. In bygone centuries, the great men and great families of Spain - like those in other parts of Europe - amassed considerable fortunes, and spent some of their money commissioning or acquiring works of art. The Catholic church in Spain was also a great patron of the arts. Today, while some of the treasures acquired or commissioned in past times remain in private hands or in churches, sometimes inaccessible to visitors, most of the major works of art acquired from the time of the Reconquest onwards are now in public collections or collections on view to the public.
In addition, Spain - since the start of the twentieth century - has given the world some of its most emblematic and original artists - notably Picasso, Salvador Dali and Joan Miro, many of whose works can be admired in museums and galleries in different parts of Spain.
As in most countries, the main art galleries in Spain are located in big cities, notably Madrid, Barcelona and Bilbao: but there are other interesting galleries outside of these locations. The following list offers a selection of the best and most interesting museums and art galleries in Spain.

Ten most impressive and significant museums and art galleries in Spain.


Spain has plenty more art galleries and museums, many of them quite small and only listed in local tourist brochures. Some of these are included on the About-Spain.net regional pages. One that also deserves a mention here is the Salvador Dali museum at Figueres, between Barcelona and the French border.

More information:
Spain's museums and art galleries :  list from the Spanish information site  over 150 museums and galleries of all sorts, but the list is by no means complete.
► Other types of museum:  Spanish railway museums 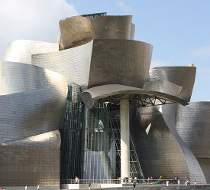